A makeshift distillery on a farm in Far North Queensland paved the way for an award-winning distillation business for husband and wife team Mark and Claire Watkins.

“I started distilling in my cubby house when I was about 16,” says 35-year-old Mark Watkins, head distiller at Mt. Uncle Distillery on the Atherton Tableland.

“I didn’t want Mum and Dad to know and the cubby was right down the back of the farm.”

With a sophisticated set-up of cooling hoses running through the farm’s channel, the then high-school student was setting the foundations for a successful career as a distiller.

After dabbling in wine science studies at university, Watkins decided the cooler climates required for wine production weren’t for him, so he returned to his small hometown of Walkamin in tropical Far North Queensland to establish Mt. Uncle Distillery, which includes an onsite café and cellar door. Thirteen years on, he and wife Claire have a slew of national and international awards to their name, and their rum is the highest-awarded Australian-produced rum in the country – proving a small set-up in a retrofitted banana shed is far more than a backyard hobby.

While meticulous about process and technique, Watkins also brings his wit and down-to-earth character to the business to create a distinctive brand.

For instance, his product lines include TBBC –short for The Big Black Cock – which, contrary to what you might think, is a single-malt whiskey named after two ‘menace’ roosters living on their farm.

Then there’s SexyCat, Mt. Uncle’s signature marshmallow-flavoured liqueur, developed as a result of a bad hangover before a rugby game.

“I felt like a bit of hair of the dog and something sweet like marshmallow,” recalls Watkins. “I mixed a concoction similar to what we do now, drank it, and went on to win man of the match. So I kept making it.”

It ’s now one of their most popular products and won several awards in 2015. 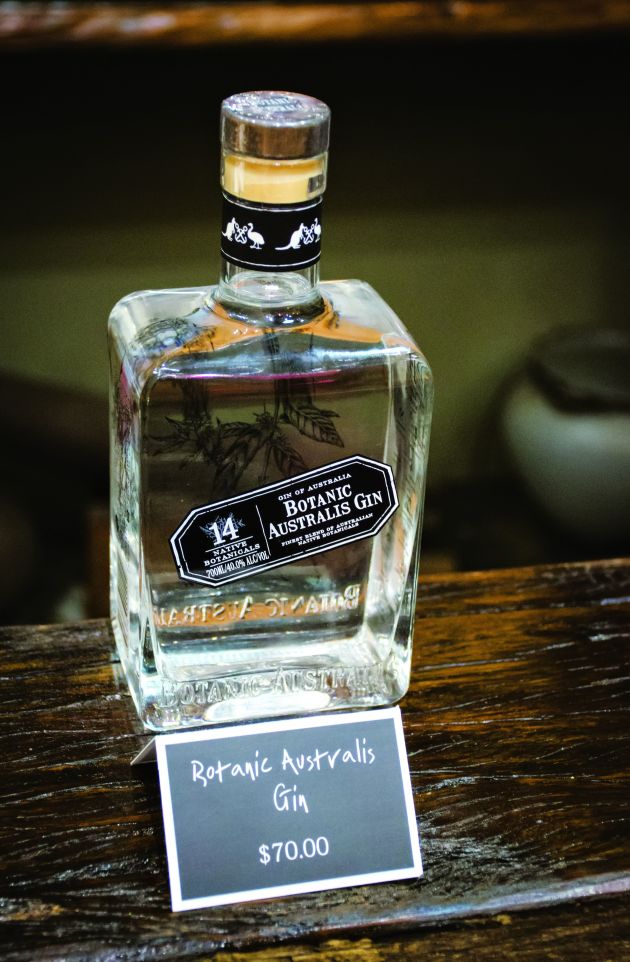 Watkins started out making fruit liqueurs, but found them hard to move from a wholesale perspective. So he shifted into spirits including gin, whiskey, rum and vodka, with unique flavour twists.

His gin-style spirit Botanic Australis, for instance, awarded internationally for the last five years, is based on a 300-year-old London dry recipe, but substitutes traditional ingredients for Australian native botanicals.

“For example, instead of cinnamon or cassia bark, we use cinnamon myrtle, and instead of lemon peel we use lemon-scented gum,” Watkins says. Most of these ingredients are grown onsite or collected locally.

Then, maximising the plenitude of sugar cane on the Atherton Tableland, Watkins makes his international multi-award-winning ‘Iridium’ gold rum out of sugar cane syrup from the local mill, resulting in a light and clean product that can’t be emulated using a molasses base.

For his ‘Anjea’ vodka, awarded silver at the 2015 International Wine and Spirit Competition, Watkins uses a honey mash filtered through volcanic rock, and avoids the common practice of using sugar or citric acid as a smoothing agent.

“[Our product] is totally clean,” he says. “If you spilt it on glass it would evaporate to nothing – it wouldn’t be sticky.” 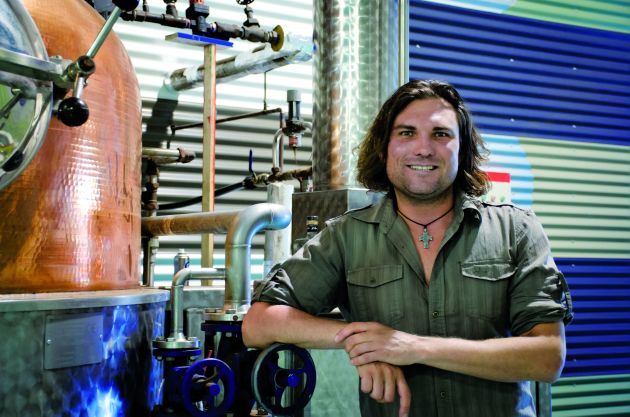 “There’s not many of these stills around,” he says, “but I consider the technology inside some of the best in the world.”

According to Watkins, copper reduces sulphides in vapour more effectively than stainless steel and glass, thus avoiding development of a harsh taste. And he bases this opinion on experience.

“The first still I built when we opened was all stainless, and the quality of the spirit that came out was nowhere near as good.”

There’s not many of these stills around, but I consider the technology inside some of the best in the world.

The ageing process is equally important, with the use of good casks.

“A lot of people will put caramel in their rum to bring the colour up, but we get all our colour from the barrels,” he says.

“French oak brings out your cinnamon and spicy clove notes and a nice dry finish,” he explains.

“American oak brings in vanillans and some sugars for sweetness, so the whiskey also has a long finish.” 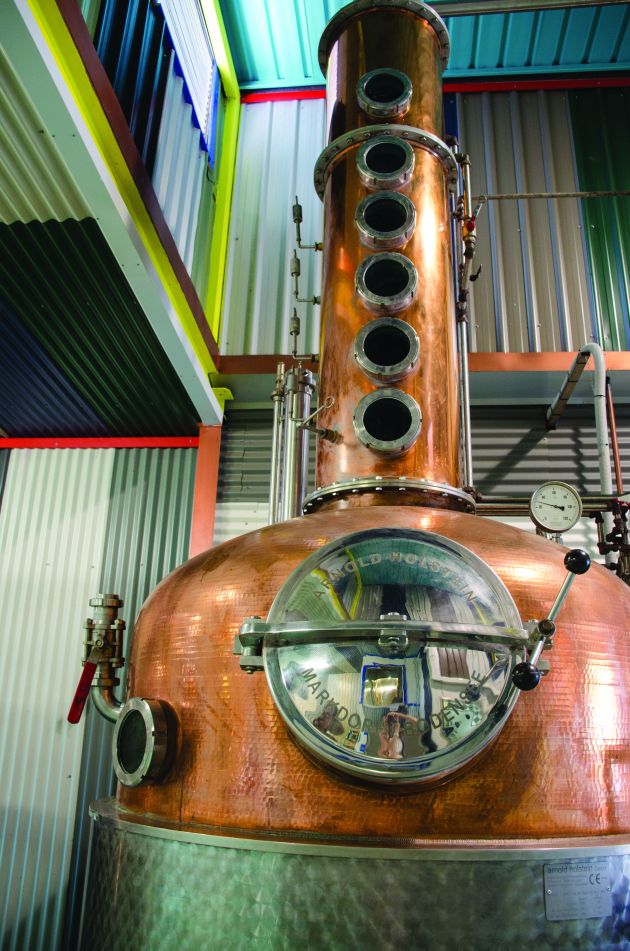 Watkins has a few home advantages he believes help create such distinguished products, including the altitude of Atherton Tableland, which sits around 700 metres above sea level.

The first still I built when we opened was all stainless, and the quality of the spirit that came out was nowhere near as good.

“Distillation works on the principle that at 78 degrees Celsius sea level, the product will go from a liquid to vapour stage, but here it boils at a lower temperature, about 76.5 degrees, because we’re at altitude,” he says.

“Technically the less heat you put in, the finer the flavours, so we can get away with making a better quality and more aromatic product.”

On the flip side, the Tableland’s hot days and cooler nights means greater loss to the angel share.

“We lose around five to eight per cent, per year, per cask, whereas somewhere cooler would have say one to two per cent loss,” Watkins says. “In saying that, we get faster ageing, so our products have an amazing result after five years.”