At the opening of the 12,500 square metre facility in Dandenong on Melbourne’s outskirts, Wilson told Food & Drink Business at its heart, the company is made up of entrepreneurs. “We travel a lot, we look at innovations around the world. Being a private business means we avoid the restrictions around speed and innovation some corporate environments have. We make decisions and move quickly,” Wilson said, noting that a new product can be on shelves in seven to eight weeks.

The company’s previous facility was 2,500 square metres. Wilson said the last six months had been challenging due to space constraints impeding the company’s ability to execute its innovation pipeline.

“My experience in manufacturing is that space creates opportunity. Opportunity to be daring and creative with new product development. NPD and speed to market is in our DNA - it’s what we love and what we thrive on.”

Once we are at capacity in the next four to five months, we will manufacture 250,000 crackers an hour.

At the opening, Wilson outlined the company’s aggressive growth aspirations and intentions to build a diverse gourmet foods group. NPD and organic growth formed part of that, but the company would also be entering new entertaining categories, he said. “We have part of the entertaining portfolio and we intend to complete that with acquisitions and other businesses that make sense to come into our group.”

The new site is in the final stages of completion and once fully operational will see the company manufacture the most diverse range of premium crackers in the southern hemisphere, if not the world, Wilson said.

When fully operational the company will have around 250 staff. It will manufacture six distinctive product types and eight production lines will be commissioned in the next three months. There will be 120 SKUs.

“Once we are at capacity in the next four to five months, we will manufacture 250,000 crackers an hour.”

Not growing "not an option"

Fine Food Holdings, a division of the Gourmet Food Group, started manufacturing gourmet crackers in 2015 with four staff, one production line and four products. Wilson said it grew quickly because the company “reinvigorated” the Australian deli cracker category. “We saw an opportunity so we pounced.”

By 2017-18, the company had grown to 80 SKUs, with lots of “demands and pressure” on our suppliers. “We were probably the most annoying customer to many of them,” Wilson said.

In 2018, the company was recognised as the top ranked supplier in the Australian Grocery Deli Category of the Advantage Report, a 360-degree survey that sets the supplier performance benchmark across the retail sector.

The company then hit a crossroads. “We outgrew our facility. We could either slow down growth or seek external investment to step change our manufacturing capability and capacity,” Wilson said. Not growing was not an option, he added. “We love to grow, we thrive on growing and growing quickly.” Champ Private Equity acquired the company as part of its Gourmet Food Group in 2018. 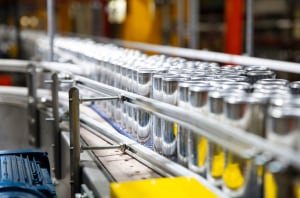 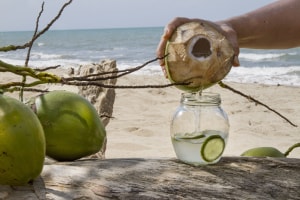