Jewel went into administration on 26 April 2019 and KPMG’s Peter Gothard, Stephen Parbery and James Dampney were appointed as administrators. Jewel manufactures private-label and branded chilled, frozen, and ambient ready meals, as well as soups, breads and fried snacks from its Banksmeadow plant in western Sydney. Its brands include Jewel of India, The Soup Kitchen and Big Yum salads.

Rival manufacturers do not supply the same volumes as B&J City Kitchen and Jewel, he said. If the proposed acquisition went ahead, then the two major players in the market would be combined, concentrating manufacturing capacity into one business. Alternatively, a different buyer would then be able to compete strongly with B&J City Kitchen, Sims said.

KPMG Australia restructuring services partner, Peter Gothard said: “We respect the ACCC’s decision and are considering our options to support an appeal of the decision or to sell the business to another party.”

After their appointment in April, the administrators formed the view that the immediate sale of the business as a going concern was the best way to protect the interests of all stakeholders.

In a statement, KPMG said: “Jewel Fine Foods is a strong player in the chilled ready meal market and there remain a number of parties interested in acquiring the business. We remain confident that the business can be preserved and sold as a going concern. We will continue to do our very best to achieve a good result for employees, suppliers, trade creditors and other parties who are involved in the business.”

B&J City Kitchen had not sought ACCC clearance when it proposed the acquisition. For Sims, if a business or asset was being sold to a competitor, “particularly a close competitor” it was “critical” company executives understand it would “likely attract the attention of the ACCC”.

“Not seeking clearance from the ACCC risks court action from the ACCC seeking injunctions to prevent completion of the transaction, as well as divestment and penalties.”

The ACCC also considered how closely producers of other types of convenience meals, such as frozen ready meals or takeaway foods, compete with chilled ready meals. 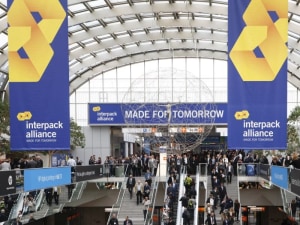