Emily Dupuche is having a crack at the ready meals category, but not with the type of food you’d expect. This mum-of-three is supplying baby food with a difference.

Dupuche is a self-confessed foodie, but she could never have imagined her career path would include an educational book, interactive seminars for mums, and a food line which has opened up a new category in ready meals.

As well as raising three children of her own, life for Dupuche now includes all of these things, and she tells Food & Drink Business how her story began.

“Seven years ago, when I was introducing my twins to solids, I started to talk with other mums in my mothers’ group about feeding, and realised just how overwhelmed many of them were about how to feed their six-month-olds,” she recalls.

“So I began to come up with some new ideas of my own and, encouraged by my friends, I decided to write a book.”

Dupuche’s how-to guide, called Food Babies Love, and now published by Pan MacMillan, has since sold over 10,000 copies due to its ‘real food’ ideas which suit parents looking for strategies and ideas on how to feed babies healthy food.

There are whole fridges dedicated to fresh pet food in supermarkets, but you can’t find any fresh baby food.

She has now decided to build on this success by taking favourite recipes from the guide and launching ‘Fresh Pots’ under the Food Babies Love brand, and breaking into a new category: ready-made baby and toddler meals for the fridge.

“There are whole fridges dedicated to fresh pet food in supermarkets, but you can’t find any fresh baby food,” she says.

“But busy parents today deserve access to convenient, fresh, nutritious meals for their children with less salt, sugar, and preservatives.”

There are seven varieties in the Fresh Pots range, including Lentil Dahl, Fish Pie, Curry, and Spaghetti Bolognaise.

Dupuche has also chosen to package the meals in clear pots rather than pouches, specifically to stimulate the senses of a growing baby.

The 200g tamper-proof pots are microwavable and freezable and come in three ages and stages: early proteins for six-plus months, textured meals for seven-plus months, and toddler meals for 10-plus months.

The recommended retail price for each single-serve pot is $6.45.

“Unfortunately, what’s available up till now has been poor-quality, heat-treated retort pouches and jars,” she says. “It’s not good enough.”

Dupuche started her research journey by embarking on a benchmarking food tour in the UK to assess the country’s infant ready meal category.

“I learned a lot from this tour, but it took me a long time to find a manufacturer willing to work with me. Mine isn’t your typical ready meal,” she says.

“Part of the reason for their hesitance was that I was a young mum wanting to launch a startup while juggling kids, and there were significant set-up and implementation costs involved.

“There were also concerns about the small pot sizes I was after – I wanted to offer a single serving – and the product needed to have a decent shelf life while remaining fresh, with no fillers or stabilisers.

“I ultimately needed to capture the imagination of business owners and find someone who could work with my vision.”

In the end, she made her dream happen with a Sydney-based manufacturer who operates in a similar way to “a large restaurant kitchen”.

The manufacturer, who she says is “not huge, but has the highest level of accreditation”, uses the same ingredients and techniques that would be used at home, and blast-chills its ready meals to lock in flavour and nutrients without the need for additives or preservatives (see below for the manufacturing process).

“I didn’t want my food to go through the retort process, because you end up with a sludgy product that’s devoid of flavour – plus, you can’t see the food inside when pouches are used.” 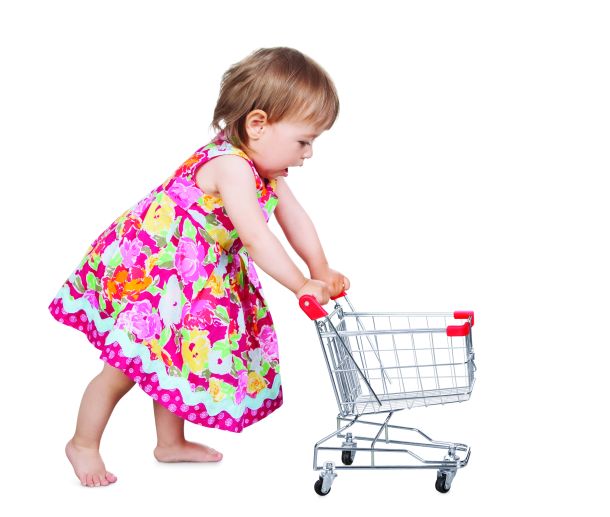 As it stands, a UHT, heat-treating asceptic process is used for a range of infant food. Traditional cooking techniques such as retorting work to sterilise foods, but many would argue it’s at the cost of losing nutrients, taste, and the food’s own distinct flavour profiles.

“They’re fed bland, unimaginative and overly sweet food due to the high fruit content of most packaged baby foods. This is a problem because people develop their taste profiles in the first 12 months of life.”

Dupuche says a growing awareness of the sugar content of packaged foods has meant the market is ready for fresh alternatives.

I didn’t want my food to go through the retort process, because you end up with a sludgy product that’s devoid of flavour.

She is currently working with a distributor who shares the vision for the brand, and who has secured the product in over 60 independent supermarkets and grocers.

The company also has a home delivery service up and running in Melbourne, and has partnered with a retailer in Sydney named The Gourmet for further coverage.

“We are working on creating brand awareness, and of course would love to see the major supermarket chains get on board as well,” she says.

“The ultimate goal is to make quality baby food available to time-poor families and support retailers in every state with stocking the product.”

As for the end-consumer, Dupuche is yet to hear a complaint from either parent or bub.

“I’ve yet to hear a negative comment, which is great,” she says.

“Mums are passionate about it, and this is reflected in the support in social media.

“Parents are realising the importance of instilling a love of good food in their children, despite the highly scheduled lives we lead.”

Food Babies Love has chosen a Sydney manufacturer that blast-chills its ready meals to lock in the flavour and nutrients.
Various sections of its restaurant-style kitchen are dedicated to different parts of the cooking process, including checking fresh vegetables, meats, legumes, pastas and spices as they are received. Rather than a fully-automated production line, this manufacturer relies on the teamwork of a combination of people and technology. It follows the following six steps:

1. The ingredients are prepared and weighed by hand before cooking, filling, blast-chilling, labelling, and packing.

2. A chef inspects every ingredient to ensure it arrives at the correct temperature and in the right condition. Only locally sourced vegetables and meats are used.

3. The meals are cooked using kettle pots and brat pans, sometimes up to eight hours.

4. Once the cooking is completed, the meals are placed into a convenient tub. For additional food safety, the lidded tubs are placed onto a tray and briefly pasteurised in a conventional steam oven.

5. Then, the trays are placed into a blast chiller where the meals are cooled down to 3ºC within a short period of time.

6. After the meal is chilled it goes through a metal detector to ensure food is free of contaminants.