The age of automation is offering the Australian meat industry a ‘perfect storm’ of opportunity as the sector takes stock of new technologies.

Although robots have enjoyed a warm reception in many industrial plants, the intricacies of processing complex, organic materials have largely barred them from meat processing lines.

But change is afoot as advanced sensing technologies converge with robotics.

Meat & Livestock Australia (MLA), which has conducted 13 years of R&D into such technologies, presented a strong case for their adoption at a keynote address at Auspack this year.

The Australian research organisation illustrated their ability to bolster both yield and profitability, considered essential to securing the sector’s future in an increasingly competitive global meat marketplace.

“Automation integration, advanced sensing and other information technologies are all leading to a bit of a storm, and it’s a perfect storm of opportunity,” MLA’s R&D program manager Christian Ruberg says. 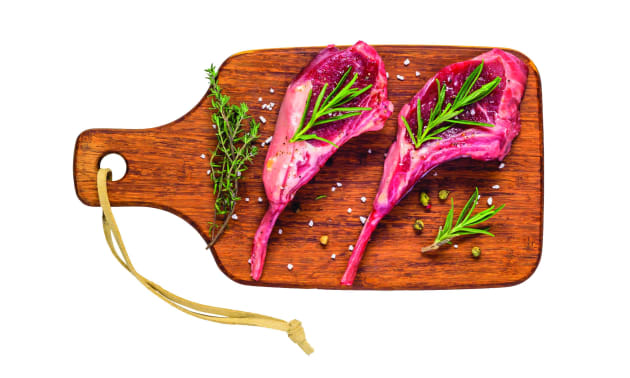 ALC collaborated with MLA and Scott Automation & Robotics to implement the X-ray sensing equipment which accurately identifies the prime cutting lines for robotic blades to target.

“You look at this technology and you think: ‘wow, that is transformational for this industry’,” says Darryl Heidke, who works alongside Ruberg as an R&D program manager for MLA.

Automation to replace human workers in cutting operations has obvious safety benefits, but also serves up an additional bonus for meat processors by bridging labour shortages.

The cost of labour in Australia, compared with other countries, creates additional pressure.

“Our industry, like most export industries, continually struggles with the high cost of labour… we have vacancy of between five and 15 per cent in our industry,” says Heidke.

If you just replace the labour [with technology] it’s a five-year payback… In our industry if it’s not paid back in 18 months then in most cases it doesn’t get adopted...

Narrow profit margins are also a primary consideration, with some meat processing facilities operating on as little as 3-5% profit margins, he adds.

So, to compete effectively in global markets, there is not just a need to automate some human tasks, but to become more efficient overall, without the long payback periods often associated with investment in new technology.

“If you just replace the labour [with technology] it’s a five-year payback… In our industry if it’s not paid back in 18 months then in most cases it doesn’t get adopted,” says Heidke.

But automation and sensing technologies can reduce payback periods by improving yield, he says.

This can be achieved through a subsurface evaluation of carcass composition which dramatically improves cutting accuracy.

While a human operator can only cut with 20mm accuracy on the fourth rib from inspecting the carcass externally, a robotic system with subsurface sensing technologies such as X-ray, can consistently achieve under 5mm accuracy.

Different cuts are paid on weight, and may be up to $30 dollars different in value. “When you multiply that by the [millions of] lambs processed in Australia, that is where the value is,” Heidke says.

Most recently MLA has been working with a range of partners to adapt these sensing and robotic technologies to the beef processing sector, he adds. But the challenges are substantial.

“When you break down a lamb carcass, there is a hindquarter, forequarter and middle. When you walk into beef plant it is a totally different ball game,” he says.

The huge variety in carcass age, size and composition represents a far more difficult task, but MLA says it plans to fast track development to within seven to 10 years. It will approach it in the same way as lamb by breaking it down into hindquarter, middle and forequarter.

We’ve got a couple of programs looking at drones on farms to measure contours on land and crops.

“We put $40m into the lamb technology, and we believe development of beef will be twice that much,” Heidke predicts.

Industrialised object measurement technologies are likely to form a key part of this “from paddock through to plate”, he says.

These technologies will borrow heavily from those already being deployed in industries such as health and transport, he predicts.

Airport baggage scanning and CT scanners are just two technologies likely to find their way into carcass composition and measurement operations. Also on the watch list are augmented reality, unmanned vehicles, and drones for monitoring livestock and their environmental conditions on farms.

“We’ve got a couple of programs looking at drones on farms to measure contours on land and crops,” Ruberg says.

The Australian Lamb Company (ALC) in Sunshine, Victoria has taken a step into the future of red meat processing, with new robotic cutters in its processing plant armed with X-ray sensing equipment. Deployed to enable more efficient processing of lamb primal and middle cuts, the project was run in collaboration with Meat and Livestock Australia (MLA) and Scott Automation & Robotics.

Before robotic cutters are deployed, X-ray technology gathers subsurface information, which can achieve greater than 5mm accuracy for sensitive cuts made within the rib section of a lamb carcass.

This compares to a human operator who can only achieve 20mm accuracy based on visual inspection.

In an Australian-first, Colgate-Palmolive has launched a kerbside recyclable tube for its Colgate Smile for Good toothpaste range, and is making its packaging technology available to all competitors.

Amcor bounces back with Q3 results

At an event in Sydney this week, industry and academia involved in the smart sensing project for HDPE recycling shared progress and key findings of the NSW government backed initiative.