In the words of Laucke Flour Mills’ general manager Peter Cobb, the South Australian business considers itself a “fierce, independent, high-service, high-quality, high-value flour miller – so we aim to do all the difficult things really well”.

Laucke Flour Mills was established in 1899 by Friedrich Laucke in the Barossa Valley, and the company is the last of Australia’s industry-founding, family-owned-and-operated independent millers.

But while it’s proud of its heritage, there’s nothing dusty about its approach to business in an industry dominated by corporate giants.

“We aim to source raw materials in a far more discerning manner than others," Cobb says.

"We take great interest – and passion – in what our customers are doing. We engage openly across the entire value chain, from wheat breeders, through to farmers then consumers. 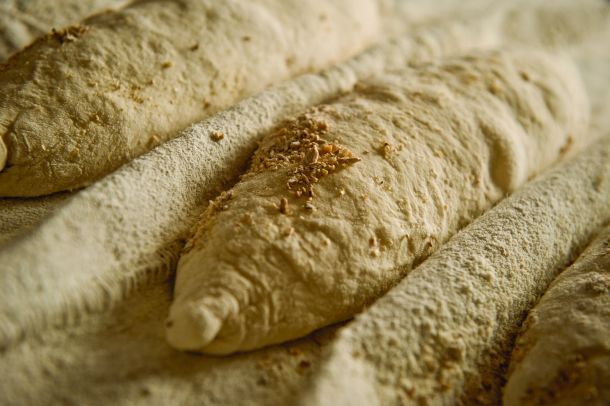 “We understand our customers’ needs, have a great understanding of where materials are sourced to meet those needs, and communicate that as thoroughly as possible to customers. We aim to give them a market or product or process advantage by using our products.”

The reasons are twofold – and fundamental to Laucke’s success.

“We love taking that industry-leadership position because we actually grow and benefit, and our staff are far more engaged.”

In 2010, Laucke invested $20 million into a major upgrade of the Victorian site, building a lab in the bakery and integrating it into a brand-new flour mill.

Cobb says: “We’ve designed the facility to showcase milling and baking side by side. We needed the lab because part of our high quality standards is that we test everything – we even pre-test before we receive ingredients – and we test throughout our production process.

So now we’re leveraging that capability, with a brand-new innovation standard. We also replicate what our customers do.”

The rise of niche

Contrasting slow, steady growth for its first century, in the past three years Laucke Flour Mills has grown at greater than 10 per cent annually.

With that under their belt, Cobb says they’re now looking for 10 per cent as a sustainable yearly growth figure – which is “not disruptive and entirely within our capabilities”.

Although he acknowledges Laucke’s new facility and its new capacity could offer more-rapid progression, Cobb’s focus is on consolidating the most recent growth – much of which has come from export.

“Coupled with our new capability, opportunities really started to present themselves when the Aussie dollar just started to dip below 100 US cents.

We engage openly across the entire value chain, from wheat breeders, through to farmers then consumers.

"So for the past two years, we’ve had a clear strategy around developing South-East Asian markets.”

Laucke has been developing new partners and tapping into new markets throughout Asia in both retail and trade, but most successful has been retail product into China.

“We’re moving significant volumes and have had significant sales, with almost 100 per cent growth year-on-year into the China market, including a range of our flours for home baking and home noodle production in convenient pack sizes and formats.

“We also do some very special products, such as fully farm-traceable, certified organic into bakeries that proudly display our product, and certification and origin of where our products come from, which is important in China and Korea.” 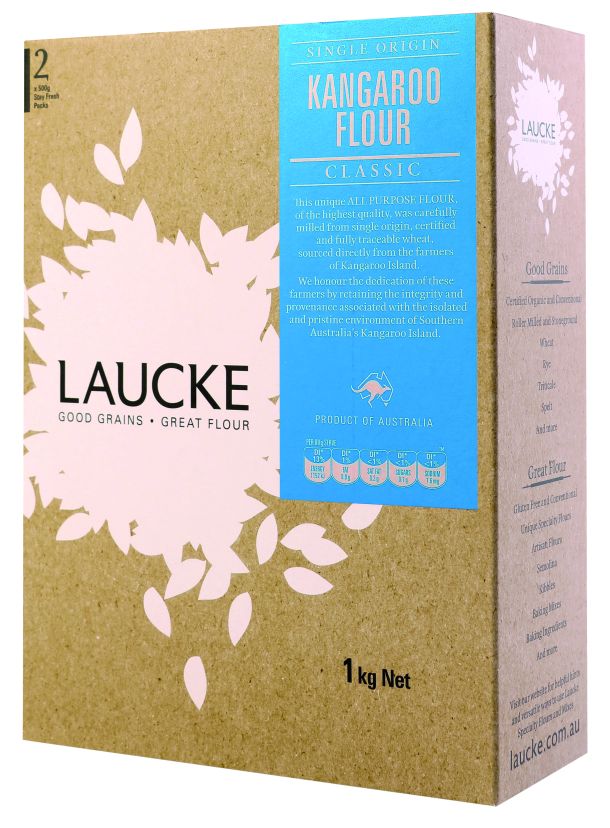 Domestically, Laucke has also had success with its “Kangaroo Flour Classic – Single Origin”.

“It came about serendipitously actually through a discussion with innovator, entrepreneur and leader Duncan McGillivray, who has unfortunately passed now.

The plan was to celebrate South Australian product in the South Australian market. From those early beginnings a couple of years ago, we saw interest and an opportunity to put some flour products on supermarket shelves, and we gained very good support from Woolworths.

“It was really a step into the unknown. Strategically, Woolworths were looking for some higher quality, higher value products to differentiate that otherwise low-value space in supermarkets.

It’s had its challenges because we need to educate people into the product. It’s a well-known concept in coffee and other products that people enjoy every day, but not in something such as a bakery ingredient.”

It can be common to have difficult chemical names converted into ‘E291’ or something like that.

Consumer education and support is something Laucke considers vital.

“The amount of training and knowledge that a home consumer may need to utilise products can be a barrier to entry in the bread-mix category, so it’s something that we’ve invested heavily in over the years with a team of people who are fully trained to answer any baking query. We aim to get the support right for any markets that we’ve grown into.”

Like the relatively new single-origin flour, Laucke also has other “interesting, high performing” products, such as organic flours, rye-triticale blends and stone-ground products that suit both home and professional baking.

One of the other interesting things Laucke has been focusing on is “clean labels”.

Cobb says it’s all about full disclosure of ingredients.

“It can be common to have difficult chemical names converted into ‘E291’ or something like that.

"So we’ve tried to simplify all of our products over about 18 months’ worth of development so we maintain or improve our performance, but using as pure a range of inputs as possible. 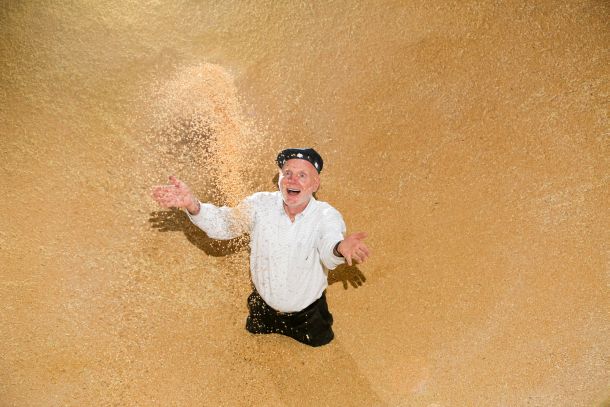 "It’s not necessarily new, but it’s an improvement on our existing products.

“For instance, we have been working very hard on a soy-free, clean-label-formulation change to our products. It’s in the pipeline and will be coming through very, very soon. These products have the same performance and follow the same process, but we’re targeting a reduction – or elimination – in ‘e-labels’. So far in the test markets, it’s been really warmly received.

“And then we’ve got a range of more healthy and wholesome products that we’re developing and are looking for distribution options.”

Laucke has 35 flours in 150-plus SKUs, but only a dozen or so are available on supermarket shelves.

The company has also been simplifying pack formats to get more products more widely available to home users.

One method has been to head online, with Laucke launching an online store in April this year.

“We have a lot of customers who are after some of our more difficult-to-source products, and so our aim there is to just make them easily available. We call it from our ‘mill door’.”

So where to from here? Cobb says: "Being a third generation-owned (but with a very active fourth generation) 117-year-old family-owned business, we’re deep into strategic planning to ensure that I’m capable and my wife Alexandra is capable of leading us forwards.

We have a lot of customers who are after some of our more difficult-to-source products, and so our aim there is to just make them easily available.

“We have a very strict set of values that we live by and it’s more about maintaining differentiation in what products and services we can supply into the market, maintaining a passion and an engagement, asking the challenging questions of the industry, demanding change and development in raw materials, such as wheat breeding and making sure we’ve got a fantastic pipeline of good quality, new grains to mill that will satisfy future markets.

“We also want to keep trying to take Australian grain-based products and agriculture to the rest of the world. Not in massive volumes, but in more of a delicatessen style. That’s our export strategy."

The prize included a research trip to flour markets and leading flour millers across North America and Europe and an advanced milling course in Switzerland.

Due to the latter’s infrequent stagings, Cobb will take the entire trip in March 2017 when the highly sought after Swiss course will be held next.

In the same year, Cobb’s father-in-law, third-generation Mark Laucke – who owns Laucke Flour Mills – was awarded the Bickford’s Australia Leader Award at the South Australian Food Industry Awards. And two years before that, Laucke was the 2012 winner of Ernst & Young Entrepreneur of the Year – Industry (Central Region).

Laucke’s passion for improving awareness of SA’s produce has also seen him appointed as ambassador for “Premium Food and Wine from our Clean Environment” – one of the SA Government's seven strategic priorities. In the government-appointed role, Laucke champions SA’s premium produce and clean environment.

Despite the demands on his time, Laucke loves the volunteer role because it’s all about his beloved SA produce.