The introduction of hemp into bakery and other product categories is imminent in Australia, thanks to the legalisation of its use here in food.

Previously, any hemp-based food products could only be exported to countries where consumption is legal.

However, in May, law changes came about after state and federal health ministers agreed to allow hemp seeds to be sold for human consumption.

It’s a day Paul Benhaim, founder of Hemp Foods Australia has been waiting on and planning for.

Two decades ago Benhaim began farming a crop and value-adding it into products that he could export, but that had very tight sale restrictions in Australia. Until now.

Perhaps the first question to ask is why someone would establish a farm and processing business based on a crop with such tight restrictions in their own country, and thus limit them to export?

Originally from England, Benhaim came across hemp as a uni student in Canada in 1991 – but it was in the lecture room rather than an ‘after-hours’ capacity. 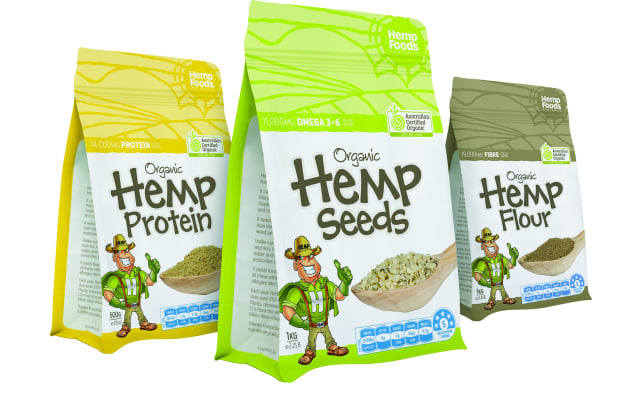 “I studied food and nutrition with a specialist in essential fatty acids such as omega-3, omega-6 and so on,” he said.

“One of my mentors was Dr Udo Erasmus, a fats and oil specialist.

"His work in hemp foods showed they contain the perfect balance of these essential fatty acids [EFAs] for long-term human use.

"Now this was 1991, where it wasn’t widely known that EFAs were really important for humans, whereas now that’s far better understood.

“I said to Dr Erasmus: ‘That’s fantastic, why aren’t you promoting hemp if this is the best plant-based source of these EFAs known to man?’.

He said it was because people still thought hemp was a drug.

“So that was my inspiration, to say: ‘Does hemp contain any drugs? Is it going to get you intoxicated in any way?’. We later proved in many studies – and many others did as well – that hemp does not get people high.

“From there, that was my mission – and has been since – in educating people that hemp is not a drug – it’s actually a tasty, healthy food that contains EFAs and protein.

After educating them, I wanted to provide high-quality hemp seeds to as many people as possible.”

In an Australian-first, Colgate-Palmolive has launched a kerbside recyclable tube for its Colgate Smile for Good toothpaste range, and is making its packaging technology available to all competitors.

Amcor bounces back with Q3 results

At an event in Sydney this week, industry and academia involved in the smart sensing project for HDPE recycling shared progress and key findings of the NSW government backed initiative.