VOW was co-founded by former Cochlear design lead Tim Noakesmith and George Peppou from start-up accelerator Cicada Innovations. Their goal is to grow meat for consumption from animal cells.

Peppou said: “There is growing demand for meat globally with population growth and with rising middle classes in developing nations consuming more protein.

“Growing meat sustainably from stem cells will have a fraction of the footprint of traditional livestock farming in terms of land use and water use and there is no need for culling animals.

We’re building a team of scientists, designers and technologists all on a quest to meet the world’s protein demands for the future in a sustainable manner.

But Peppou pointed out cell-cultivated meat was “not in competition” with traditional livestock farming, saying “there is plenty of room for traditional meat as well as plant-based and cell-cultured meat to provide greater choice for consumers”.

VOW aims to build a full scale factory in Western Sydney that will be able to mass produce “many tonnes” of cell-cultivated meat each year for domestic and export markets.

Ayres said Western Sydney was the “perfect base” for VOW to “take forward a global scale opportunity to generate a new food industry together with high-tech jobs in cell-based agriculture.

“We are on the doorstep of Asia and, with Western Sydney Airport now underway, the potential to

VOW is also building what it says will be the biggest “Noah’s Ark cell library” in the world. The cell samples will be used to develop new food experiences, Peppou said.

“At the moment we have only domesticated for food production less than one per cent of what’s in nature so there are many unlocked food secrets to explore in the other ninety-nine per cent.

“We have kicked off collaboration discussions with some top tier Australian chefs to design their own high impact dishes using cultivated meats, and will work with food regulators to hopefully have our first premium product available by the end of next year.” 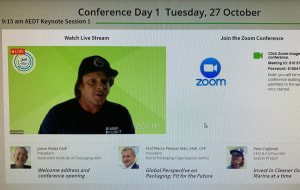