Farmers Union Iced Coffee is the unofficial drink of South Australia, Bega says. Research commissioned by the company found that 64 per cent of South Australians who limit their dairy intake still consume packaged iced coffee on a regular or occasional basis and were not willing to give up their favourite Farmers Union. 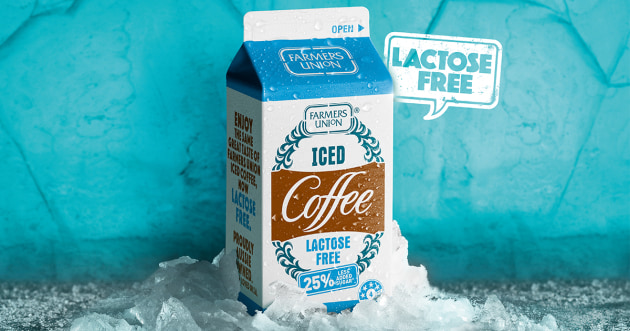 While the lactose free Iced Coffee is here to stay, Bega has also released a number of limited edition flavours in its Dairy Farmer’s Classics range.

“Aussies love their flavoured milk and we’re delighted to introduce these delicious new flavours into the market. Chocolate lovers are in for a real treat,” Scott said.

To top-off Bega’s new announcements, in a blast from the past, the Big M Egg Flip has been re-launched after years of fans demanding its return.

The Big M Egg Flip was loved by Aussies in the 1980s and when it disappeared from milk bar fridges a cult following began to form, with fans regularly contacting Big M to demand they bring the flavour back.

Launching in stores this week, Big M Egg Flip is Australia’s take on Egg Nog, with a familiar vanilla taste, a hint of cinnamon flavour, and fresh Aussie milk.

When Big M asked its customers which nostalgic flavour should make a comeback nearly 60,000 fans voted, with Egg Flip the clear winner. Bega marketing director Sharon Winton says the growing demand for Egg Flip could not be ignored any longer.

“Big M is a true Victorian icon and we have never seen passion and demand for a flavour to return quite like what we’ve seen for Egg Flip,” Sharon said. 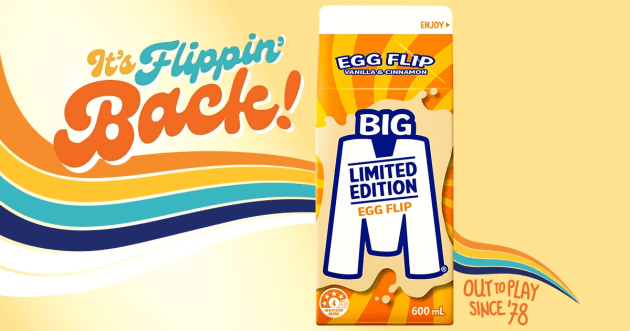 The flavoured milk category has seen 6.5 per cent CAGR over the last three years, with limited edition products bringing 170,000 new buyers and $5.5 million into the channel in the last 12 months.

Flavoured milk accounts for 25 per cent of Bega Dairy and Drinks’ portfolio in grocery, with the business having a 49 per cent market share.