Ingredion has unveiled a new plating agent – a high-capacity carrier that turns oil- and water-soluble liquids into powdered ingredients.

Ingredion’s N-ZORBIT 2144, which is being released in the Asia Pacific region, can unlock new application opportunities for manufacturers by enabling the creation of powdered versions of oil and water-based flavours and seasonings, the company says.

It also adds thick honey, chocolate syrup and other viscous fluids to the range of ingredients that can be made into powders without the added expense of spray drying.

The ingredient has a unique, porous structure that increases the surface area exposed to liquids, facilitating absorption.

Due to the non-gelatinised and unique granular structure of the ingredient, it can be used to carry high-flavour concentrations that flow freely through processing equipment and mix evenly into food and beverage recipes.

The plating agent contributes to an optimal particle size that can deliver a plating capacity as high as 40 per cent.

This means 100 grams of N-ZORBIT 2144 can plate up to 70 grams of liquid, far more than traditional carriers such as maltodextrin. 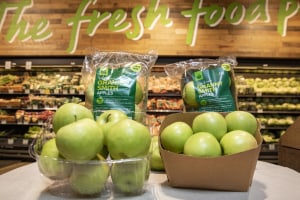